Phone: Basic and translational research on diabetes and obesity 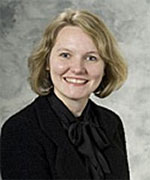 The Davis Lab is interested in pancreatic beta cell biology.  Specifically, we have been focused on understanding the mechanisms underlying the proliferative response in the beta cell.  Beta cells are normally in a quiescent state, but can be stimulated to divide and expand in response to certain stimuli.  When faced with insulin resistance and increased demand for insulin during pregnancy or in the setting of obesity, the beta cell will divide and overall beta cell mass is increased.  Conversely, one of the defects in type 2 diabetes is a loss of overall beta cell mass leading to insufficient insulin production.  In addition, type 1 diabetes is caused by autoimmune destruction of the beta cell, although there is evidence that a small population of beta cells may continue to attempt to replicate and expand in the setting of ongoing autoimmune attack.  Understanding the mechanisms of beta cell proliferation that occur naturally in these adaptive settings may help us identify new therapeutic targets that can help drive beta cell proliferation in the patient with prediabetes, type 2 diabetes, a recent islet transplant, or potentially even type 1 diabetes in combination with immune therapies.

We have primarily used a mouse model of obesity-associated type 2 diabetes to identify gene expression changes that occur in the pancreatic islet in response to obesity and in the setting of beta cell proliferation.  Using this model, we identified a transcription factor, FoxM1, that is involved in regulating beta cell proliferation and is necessary for the adaptive proliferative response in adult animals.  We have gone on to demonstrate that FoxM1 overexpression is sufficient to stimulate beta cell proliferation in both mouse and human islets.  In addition, we have identified FoxM1 as a key regulator of the transcriptional cell cycle response to obesity in both mouse and human.  Ongoing studies involve the identification of specific signals that are able to upregulate FoxM1 itself, and understanding the direct downstream target genes that are activated by FoxM1 in the islet.  We also plan to investigate the ability of FoxM1 to drive beta cell proliferation in vivo in a model of type 2 diabetes, and potentially prevent the development of hyperglycemia in these animals.

In addition, we have identified a number of other genes that are regulated by obesity in the mouse islet and are continuing to investigate the role of these genes in beta cell proliferation.